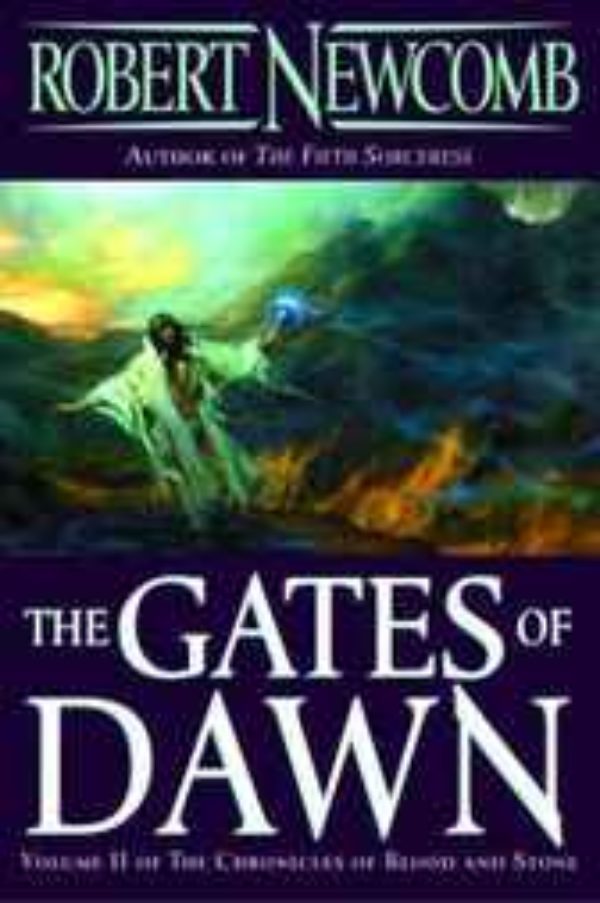 The Gates of Dawn

Description: Epic fantasy found an exhilarating new voice in Robert Newcomb, whose monumental debut novel, The Fifth Sorceress , was hailed by readers and critics alike. And now, for all those spellbound by the tale of Prince Tristan, heir to the throne of Eutracia, his twin sister Princess Shailiha, the ancient wizard Wigg, and the fate of their enchanted land, there is indeed moremuch moreto be told. . . . THE GATES OF DAWN For three centuries, Eutracia was a kingdom at peace, ruled by a benevolent monarchy and guided by a council of wizards. But a horror from the past, long believed vanquished, returned with devastating fury. And when the battle against the bloodthirsty Sorceresses of the Coven was finally won, victory was not without its price. Now, the royal palace lies in ruins; the king and queen, the royal guard, and the Directorate of Wizards are dead; the land is lawless; and Prince Tristan forced by the Coven to murder his father, the Kingis a wanted man. In a cavernous underground labyrinth, once headquarters of the wizards' council, Tristan has taken refuge with his sister, Shailiha, her infant daughter, the wizard Wiggthe lone surviving member of the Directorateand the crippled wizard Faegan, returned from self-imposed exile in the forest of Shadowood. Together they face the daunting task of restoring order to Eutracia and winning back the allegiance of her subjects. But suddenly, even these challenges pale beside a truly terrifying turn of events. The sacred jewel that is the source of all magic has inexplicably begun to lose its power. Without its age-old enchantment to sustain their spells, the immortal wizards will perish . . . and magic will vanish from Eutracia forever. At the same time, a mysterious and ruthless mercenary has declared a bounty upon the head of Prince Tristan. And an army of wizards on a mission to rid Eutracia of monsters created by the Coven has fallen prey to an insidious breed of creaturesbeings that can only have sprung from forbidden use of malevolent magic. With time and their powers dwindling, Wigg and Faegan desperately seek to discover who, or what, has succeeded the dead Sorceresses in laying siege to Eutracia. But when the shocking truth is revealed, and an evil that transcends life itself is made known, it is Tristan, more than any other, who will be stunned to his very soul. And it is Tristan who will be thrust into the ultimate battlefor his life, his land, and the course of his destiny.